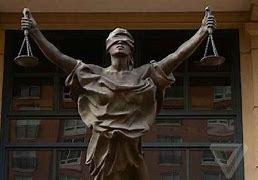 On Monday, a new international declaration was signed by the US Department of Justice warning of the risks of encryption and calling for an industry-wide initiative to encourage law enforcement officials to access encrypted data after a warrant has been issued. The US was joined by officials from the United Kingdom, Australia , New Zealand, Canada, India , and Japan in the effort.

The declaration starts by recognizing the importance of encryption in preserving free speech worldwide, citing a 2017 study.

"However, unique implementations of encryption technology face major public safety problems," the statement reads. "We encourage the industry to resolve our serious concerns about the implementation of encryption in a manner that absolutely prevents any legitimate access to content."

There is a long tradition of anti-encryption activism at the Justice Department. In 2018, in an open memo to tech firms, five of the seven participating countries shared common misgivings, although the memo resulted in little to no progress on the issue from the industry. At each turn, tech companies have insisted that any backdoor built for law enforcement would inevitably be targeted by criminals, and ultimately leave users less safe.

Essentially, the seven countries will not only seek access to encrypted data in transit — such as the end-to - end encryption used by WhatsApp — but also to locally stored data such as phone material. The local encryption was at the core of the 2016 San Bernardino Encryption Struggle, which saw the FBI take Apple to court in an attempt to access the contents of a phone connected to the workplace shooting.

"While this statement focuses on the challenges raised by end-to - end encryption, this commitment extends to a wide variety of encrypted services available, including mobile encryption, custom encrypted applications and encryption across interconnected platforms," the document continues. "We dispute the claim that public security cannot be secured without compromising privacy or cyber security."