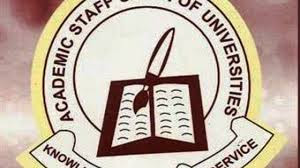 The Academic Staff union of Universities (ASUU) have agreed to negotiate with the federal government (FG) through the Ministry of Labour and Employment to end the seven months old strike that have stopped academic activities in the nation's tertiary institutions.

The Lecturers had earlier gone on strike before the outbreak of the corona Virus in March due to its enrolment by the federal government in the IPPIS platform.

But last week the minister of Labour appearing on Channels Tv promised to end the strike in the coming week after the October Celebration. Responding, The Academic staff union of universities promised to come to the negotiation table to resolve the issues in contention, and full reopening of the nation's tertiary institutions after being invited to a meeting by the Federal government this week.

Below is the tweet from the official handle of ASUU.