The mission will consist of both NASA Astronauts and a Japanese Astronaut. 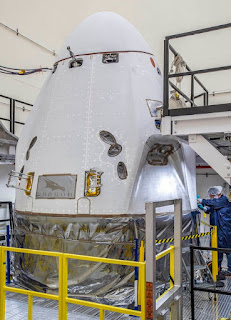 NASA has said that it will delay it launch of the SpaceX Crew-1 mission until next month. The Announcement was made by the agency on Saturday. The mission is expected to be in collaboration with Japan's space agency JAXA.

The trip which was originally scheduled for October,31st but was delayed due to some technical issues According to NASA. The mission will consist of three American Astronauts Michael Hopkins, Victor Glover and Shannon Walker and Japanese Astronaut Soichi Noguchi.

SpaceX's Crew 1 is part of the larger contract signed between NASA and SpaceX in 2014. SpaceX first Dragon flight the demo 2, was a experimental mission that brought astronaut Doug Hurley to the international Space station in May this year. The crew spent two months in the ISS before returning to earth in August 2nd.