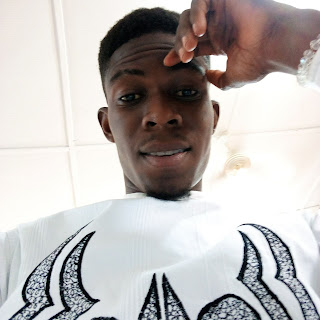 At a young and reputable age , Oyebanji (4ehm), the current financial  secretary of NESA, a student of the surveying and geoinformtaics department has shown that the age of Methuselah and the wisdom of Solomon are mutually exclusive.

Oyebanji entered into student politics/ unionism as a technocrat. Politics is sweet and exciting like a fatty thigh in the soup. Technocracy is like salad. Salad is boring, but we shall all die of boredom without a few fat calories not only  in our taste buds, but our bloods.

Further, within the one barely one year of his midwifery of Nesa’s finance department, he has affected the polity and politics of the department and faculty in a very radical way.

His voice continues to sound in high octave notes, as the voice of reason, solidarity, honesty, and patriotic zeal for Futminna’s unionism.

With his ingenious ideas, there no doubt that he will lead his next office-SUG financial secretary, to an acme of freedom and unpretentious honesty.

Oyenbanji has demonstrated high proficiency in grassroots mobilization, from his polytechnic days, department and faculty. It is as a result of this that all FUTMITES have decided to overwhemly endorse him for the post of SUG FINNANCIAL SECRETARY.

For we need the thinker first, then the worker, then the listener. As prophet Isaiah said. “Here a little, there a little”.