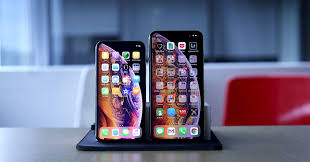 Apple has resumed production of the iPhone X due to weaker than expected demand for its latest XS and XS Max models, according to a report by The Wall Street Journal.

The move is allegedly due to an agreement made with Samsung to purchase a certain quantity of OLED screens. With this year’s OLED-equipped models failing to sell in the quantities needed to fulfill the terms of the deal, the report suggests that Apple is turning to last year’s model for a solution.

Apple ceased selling the iPhone X in stores when the XS was first released.

The iPhone X is thought to be cheaper to produce than the XS or XS Max thanks to its age, which means components and manufacturing equipment is cheaper, according to the WSJ report. In the past, legacy models have been produced when there’s enough demand for them in certain markets.

The news comes amidst reports that Apple has cut production orders for all three of its new models of iPhone due to lower than expected demand. The cheaper iPhone XR is thought to be particularly struggling, as budget-conscious customers opt instead for last year’s iPhone 8, which continues to be available and is priced lower than this year’s budget model.

It was a similar case with the company’s previous budget effort, the iPhone 5c, which saw its sales pick up the year after its original release as mainstream consumers caught on to its existence.