Opinion: A Recall Of History As Danjuma Addres British House Of Lords.

Posted by Hautangle
On September 05, 2018 November 25, 2018
Opinion: A recall of history as Danjuma addresses House of Lords 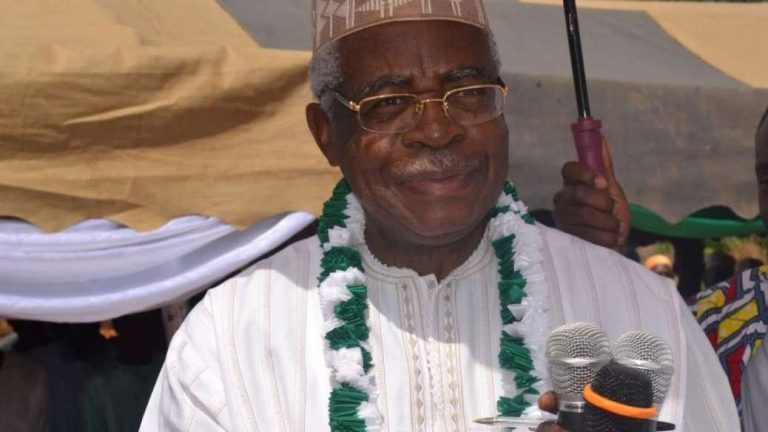 General Theophilus Yakubu Danjuma – former Chief of Staff of Nigerian Army, and erstwhile Minister of Defence – will today address the British House of Lords on the seemingly intractable herdsmen attack and its implications for ethnic minority rights and stability in Nigeria. General Danjuma will be accompanied to the forum by Archbishop Ben Kwashi, the Anglican Bishop of Jos.

The Bridge News, Irohin Odua, Oriental News and The Boss Newspapers among others reported in the last 48 hours that the retired general – who is also a leading light of the forum of the Nigerian Christian Elders, a multi-sector businessman, notable philanthropist, and founder of TY Danjuma Foundation – will address the historic House, also called the House of Peers, the upper house of the Parliament of the United Kingdom

As reported by Wikipedia, officially, the full name of the House of Lords is: The Right Honourable the Lords Spiritual and Temporal of the United Kingdom of Great Britain and Northern Ireland in Parliament assembled. Like the lower House of the Parliament in the UK (the House of Commons), the House of Lords also meet at the Palace of Westminster in London

As I read the story about General Danjuma’s scheduled visit, I remember my visit to the same House of Lords on 18 April, 2006 (just a day before my 36th birthday). As the Special Media Advisor to the Minister of Information and National Orientation (later Information and Communication), Honourable Frank Nweke Jr (as he then was), I accompanied my principal to the House as a hearing opened on Nigeria. The Nigerian delegation was made up of three persons – His Excellency, Dr. Christopher Kolade (the Nigerian High Commissioner to the UK), Honourable Frank Nweke Jr, and myself.

My brother and friend, Jide Iyaniwura, one of the most amazing and charitable member of the Nigerian Diasporan community, chauffeured my boss and I to the venue of the hearing.

As I sat in the special gallery of the House, I knew it was a rare privilege and honour for me not just to be part of a Nigerian delegation, but to be led by HE Kolade – one of the noblest Nigerians of all times, whose life has become an unassailable compass; and also by Hon. Nweke Jr – arguably Nigeria’s most vivacious and introspective Minister of Information, and a living benchmark for The hearing at the House of Lords on that stated day in April 2006 was instigated by a number of protests that served as counterpoises to the attempt to amend the Nigerian Constitution to pave way for President Obasanjo to vie for a third unconstitutional term. Historically, in a democracy, with the notable exception of President Franklin Delano Roosevelt of the United States – who ran a third unconventional term in 1940 (essentially due to the raging World War II) and defeated his Republican challenger, the maverick businessman, Wendell Willkie – constitutions are usually amended to pave the way for presidents to run an additional unconventional term(s).patriotism and love of country.